The following story is true.

I met Julie (not her real name) about 15 years ago.  Julie was about 37 years old and she had two children, the youngest of whom was 5 years old little girl, named Lauren.  Julie set an appointment to meet with me because she had numerous collection agencies calling her and was facing a few lawsuits and recent wage garnishment.  The source of the bills?  Medical.

Lauren had leukemia.  She was doing well but the nature of the disease is to wax and wane.  She would do better and then would get worse.  But, her mother was going to do everything in her power to help her.  Luckily, Julie was a registered nurse and knew exactly how to care for Lauren.  And, she knew what she was up against too.

Childhood leukemia, I learned, was normally very treatable (upwards of 90%) but it’s not an easy process and the emotional toll can be devastating and long-lasting.   Lauren was always tired and suffered from infections, swollen glands, etc.  She needed good care but she needed her mom most of all.  And, Julie was an excellent mom.  She worked full time as a nurse and had decent health insurance.  But, when Lauren became ill and had medical episodes to deal with, she was there for her.  She took care of her baby.

Julie was determined to provide the very best medical care for her daughter, no matter what.  She not only worked full time as a nurse, she would moonlight at a part-time job when she could, just to take care of the mounting medical bills.  Thankfully, being a nurse offered Julie the opportunity to do extra work here and there.  However, Lauren’s condition was not something that was easily cured nor did it happen quickly.  In fact, it took years and years of treatment to control the disease.  Lauren was doing fine, but her disease kept coming back.  When that happened, new annual medical deductibles had to be met.  Julie sustained year after year of maximum out of pocket medical costs.  After a while, she couldn’t keep up with it entirely.  She could still pay most of the current bills, but when the garnishment hit her paycheck, that was the straw that broke the camel’s back.

I really felt bad for Julie and Lauren.  Julie didn’t do anything wrong and certainly, Lauren was as innocent as they get.  They were both just in a bad situation.  Of course, when I first met Julie, she felt ashamed that she was meeting with me to discuss a medical bankruptcy.  She wasn’t raised to avoid her financial responsibilities.  She was horrified that the situation had finally come down to this.  But, her paycheck was being garnished and she had to protect her children and especially Lauren.  The collection agency was just doing its job, but Julie couldn’t live with 25% of her income being gone.

After a long talk with Julie, we decided that the best course of action was for her to file a Chapter 13 bankruptcy.  Why Chapter 13?  Because I was afraid that Julie would definitely incur more medical bills in the future.  And when that happened, she would get sued again and again.  She would be right back where she is now in a few short months or perhaps a year or so.  Don’t get me wrong.  Julie certainly qualified for a Chapter 7 bankruptcy (the one that is over quickly and without making monthly payments for 36-60 months).  But, that type of bankruptcy didn’t give Julie protection for the next 5 years.

Chapter 13 was the perfect choice for Julie because of two reasons.  First, Julie could convert the Chapter 13 case to a Chapter 7 case in the future.  When that happens, all of the bills incurred between Chapter 13 and Chapter 7 are covered, that is, discharged upon conversion.  Therefore, Julie could rest assured that her future medical bills (or that portion not paid by insurance), would be covered in the bankruptcy.  And, Julie’s monthly bankruptcy payment was only about $200, something that she could handle without too much difficulty.  After all, she was paying most of her bills for a very long time.

Again, Julie was and is a good person.  But, she was willing to sacrifice whatever was necessary to help Lauren.  That meant that she had to file for bankruptcy.

I learned something significant from Julie; about character, sacrifice, and love.  I was privileged to meet Julie and to be her bankruptcy attorney.  I will always remember her and the strength of her character. 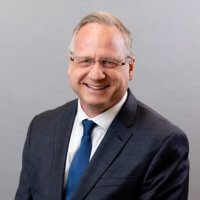 Great Sources for Bankruptcy Information in Nebraska
Next Post: The Thought of Bankruptcy Makes Me Sick: Truth vs. Perception