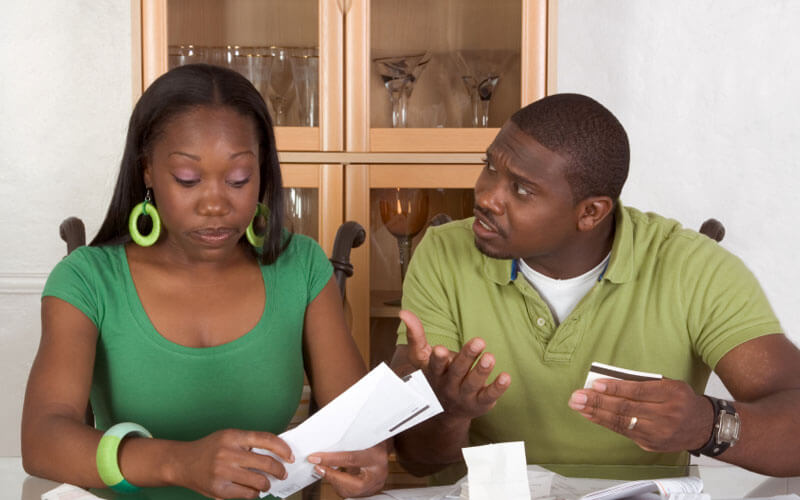 Why do people need to file bankruptcy and what causes it?  Answer:  Because we need to have a future and we are human.

Bankruptcy is about letting bygones be bygones and cutting your losses in order to create a more stable foundation for the future.  Whether unintentional or not, humans are not perfect and we make mistakes every hour of every day.  It’s just that simple and it’s a fact!  Even people that most of society considers successful and responsible have problems and failures.  I have thought about this issue a lot in the last 23 years as a practicing Omaha bankruptcy lawyer.  We are all very good at something, even if society doesn’t see our goodness.  And, because of our human nature, we all suffer from several weaknesses, some of which are of the financial nature and otherwise.

As an Omaha bankruptcy attorney, I have had the unique privilege to interact and meet with a huge number of people that are essentially suffering in one way or another.  They set appointments to meet with me personally and I learn first hand about what exactly the problem is.  And, because we all know that life isn’t easy and that we continually fail in a number of ways, financial problems are normally a result of or related to other serious life problems.  The biggest problem that immediately comes to mind is Divorce and relationship breakups.

Without a doubt, divorce is the number one cause of bankruptcy in my opinion.  Sometimes a divorce can trigger one or more bankruptcy filings almost immediately.  When a husband and wife each have their own separate households, that results in more money going out each month to live.  There are now two house payments or rental payments, two sets of utility bills and likely a few big divorce attorney bills to pay.  If kids are involved, you now likely have more driving time and expense, increased daycare and a general lack of coordination and cooperation between the parents.  These issues can and do impact on work hour flexibility, mental concentration and a whole host of other factors that were a much smaller collective burden when the two parents were working together for a one household cause.  A simple way to visualize this is to imagine one parent each pulling their own family cart  instead of two parents pulling one  family cart.  Or, as the saying goes, “Many hands make light work.”

Also high up on the list of bankruptcy causes is unemployment and underemployment.  A large number of people that visit our office for a bankruptcy consultation previously made a lot more money than they current do.  The vast majority of people are still working but are taking home a lot less income. Unfortunately, the debts didn’t decrease with their income.  Sometimes this is a temporary situation but many times it is permanent for a number of reasons.  When the income isn’t likely to ever return to the level needed to service the debt, then filing for bankruptcy becomes much more likely.  While Omaha and Nebraska in general have relatively low unemployment rates, we likely suffer from comparatively higher “underemployment.”  Working for minimum wage does make a person “employed” but it doesn’t do much to pay down existing debt much less maintain basic economic survival.

Yet another scenario that an Omaha bankruptcy lawyer comes across regularly is financial problems related to a business failure.  Sometimes referred to as business bankruptcy, individual owners of Omaha area businesses more and more often find themselves faced with enormous business related debts.  Business type bankruptcies generally involve very high debt levels, sometimes into the millions of dollars, resulting from an owner personally guaranteeing corporate loans.  It is sad but true that many historically successful business owners can find themselves very quickly in big trouble when sudden and unexpected events occur, such as when an SBA loan is called due by a bank or the bank cuts off a lien of credit.

Regardless of why a person finds themselves in debt, bankruptcy is a necessary and fundamentally critical financial safety valve for our society as a whole.  People would never take out a loan again if they knew their financial life would be over if they couldn’t afford to pay the debt back in the event of a catastrophe.  By the same token, creditors don’t have to loan money.  They don’t have to take a risk in the market place.  If they wanted to play it safe, they could hold on to their money.  They, too, must be responsible as a lender and realize that there are situations in which they will lose money on a loan.  The system must work both ways with each side operating in good faith.

As is frequently quoted in the bankruptcy world, bankruptcy is for honest people who need a fresh start.  That pretty much sums it up.