Can only one spouse file bankruptcy? | Am I liable for my spouse’s debts? 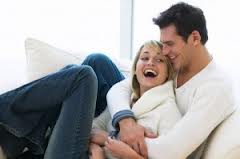 Yes and maybe.  One spouse is certainly able to file bankruptcy by themselves and they may or may not be jointly liable for their debts.  Let’s break this down.

Any individual person may file bankruptcy, even if they are married.

A married couple own a house in Omaha and both husband and wife are on the mortgage.  The mortgage payments are current and the couple want to keep the house, even if one of them files bankruptcy.  However, husband has about $40,000 in credit card debt that he has accumulated over the years and while he had a very good income.  The wife is not on these cards.  She may be listed as an “authorized user” on a few of them, but that does not make her financially responsible for the debt.  Wife has a few credit cards in her name but they are under control and the payments are current.  The wife is able to afford to pay her debts because she only owes about $5,000 in total and has a decent paying job.  Husband lost his job nine months ago and the prospects of re-employment at his previous level of income are dim at the moment.  Husband is being sued by his creditors.

Analysis:  There really is no legal or practical reason why the wife should join her husband in a bankruptcy filing.  In fact, it would be wrong to include her in the above hypothetical case.   She has good credit and is able to afford her separate debts with her income.  The only joint debt is for the house mortgage and, again, that debt is being serviced.

Husband and wife were recently married.  Prior to the marriage, wife incurred a lot of medical bills when she broke her leg in two places and while she was not covered by medical insurance.  The medical bills total about $45,000.  Wife recently found employment after almost six months of recovery, including physical therapy.  Husband and wife both have modest incomes and it would nearly impossible to pay back the medical bills.  Husband has a moderate level of debt and he is able to make his monthly payments.

Only a few types of debts become the responsibility of the spouse by law.

In general, a husband and wife are responsible for debts incurred by his or her spouse (and minor children) for the necessaries of life.  Under common law, necessaries of life generally include medical expenses, food, shelter and the like. Thus, a husband and wife would be ultimately liable for a debt incurred by their spouse for such services even if their name wasn’t on the account or bill.  In short, you are generally required to “take care of” your spouse and children and you can be held liable for their debts to the extent that they are for the necessaries of life.

Aside from that, a spouse is NOT responsible for his or her spouse’s debts.  Each state varies somewhat, but normally you do not need to be concerned about your spouse’s bills.  That said, however, there is definitely a risk of creditors latching on to joint assets.  As an example, if a husband is sued for his credit card debts in Nebraska, then there is a possibility that a judgment lien could be placed on the family home!  These issues get sticky and need a bankruptcy attorney’s analysis before any decisions are made.  Again, the consequences of judgment liens varies dramatically from state to state.  Iowa residents normally do not need to worry about liens being placed on their family residence because of a very generous homestead exemption.  Nebraska residents only receive protection up to $60,000 and not everyone qualifies.

Bankruptcy can be complicated, so get professional advice before making decisions

Since almost all Omaha and Council Bluffs bankruptcy attorneys offer free consultations, it is a “no brainer” to seek more information before making any decisions.  Ask around.  Get educated about your options.  Don’t hesitate to become better informed and reach out to attorneys that are willing to help you.