Why Ignoring your Debts Will Only Make it Worse 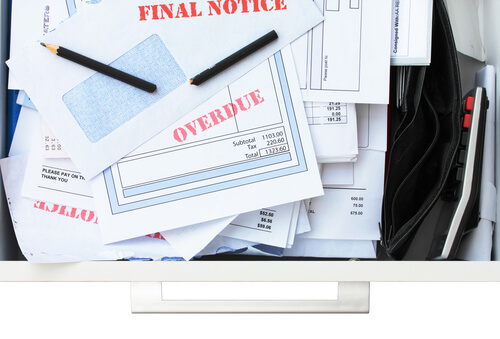 Taking action is hard.  Sometimes, simply ignoring the growing pile of bills or avoiding the endless phone calls seems easier than facing what might be inside the envelope or who might be on the other end of the phone line.  But, merely ignoring debt problems won’t make them magically disappear.  In reality ignoring unpaid bills often make the problems multiply.  The unpaid bills become lawsuits that become judgments that become garnishments of wages or the unpaid mortgage becomes a foreclosure and then a sale.  Often filing bankruptcy can help and stop these problems.  But, it takes action.

How can filing for bankruptcy help?

Through a careful analysis of your circumstances, the Omaha bankruptcy lawyers at John T. Turco & Associates, P.C., L.L.O.  can help you determine how best to address your debt problems.  In many cases if you qualify for a Chapter 7 bankruptcy, most or all of your debt can be discharged – or wiped away – completely.  This includes medical bills, credit card bills and other unsecured debts.  If you need to protect your house from foreclosure or your car from repossession, often a Chapter 13 bankruptcy can help you achieve these goals by developing a plan to repay your debts, including the past due amounts, and still keep your house or car.  Often the payments in the Chapter 13 bankruptcy plan are significantly less than what you are currently paying.  But, it takes action – you must take the first step of calling and setting up an appointment to figure out what answer is right for you.

But, what if you’ve already been ignoring your bills and things are progressing from bad to worse.  Is it too late? No!  Although it would be best to take care of unmanageable debt before it is a crisis, the enormous power of bankruptcy can provide relief even after a lawsuit has been filed or a collection agency has started calling day and night.  That’s right, filing bankruptcy will stop a lawsuit in its tracks and end the calls from bill collectors.  But, it takes action – you must take the first step of calling and setting up an appointment to figure out what answer is right for you.

Put your financial life back on the right track

Although, meeting with a bankruptcy attorney in Omaha probably doesn’t rank high on the list as the ideal way to spend your time, one simple meeting can be the first step on a path that changes life for the better.   But, it takes action.  Taking action is hard, but often the result is a life without the worry of out of control debt and harassing debt collectors.