Wiping out Student Loans in bankruptcy is difficult 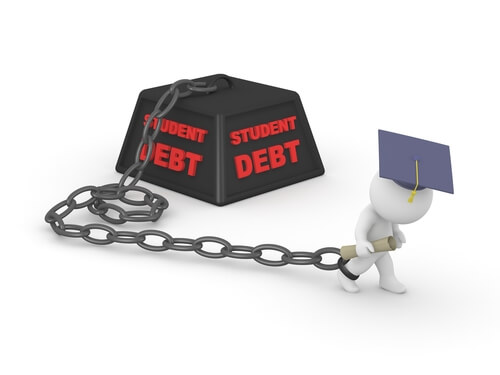 It’s a very tough situation.  Very, very tough.  Getting rid of student loan debt in a bankruptcy is a serious challenge but not necessarily impossible.

In a decision filed on October 27, 2014, the Bankruptcy Appellate Panel for the 8th Circuit Court of Appeals denied a bankruptcy discharge of student loan debt to Kathryn Nielsen.  In its decision, the Court reviewed numerous arguments made by Ms. Nielsen, including the fact that she had four children, including a newborn baby, and a family income from her husband and some government assistance that was very low.  In 2010, Ms. Nielsen’s husband earned approximately $30,000.

While the Court was unsympathetic to Ms. Nielsen’s general arguments of supporting four children and having other challenges in her life, what really made the difference in this case was the apparent unwillingness to participate in an Income Contingent Repayment Plan (“ICRP”).  That fact alone cancelled out all other arguments that might have swung the case the other way.  The Court reasoned that:

…in light of the Debtor’s situation and prospects for the future, as appropriately assessed by the bankruptcy court, the record supports the bankruptcy court’s decision that the Debtor’s unwillingness to participate in an ICRP that would require no monthly payment under her current circumstances, constituted an attempt by the Debtor to avoid responsibility for her student loan debt if her situation improved.

The lesson from the Nielsen case is that participating in an income contingent repayment plan, if available, is now becoming the new standard by which to have any hope of obtaining a student loan discharge in bankruptcy in the future.  Failure to go down that road, at least for a while, likely will result in the denial of an attempt to discharge the debt in bankruptcy.  However, so as not to lose all hope, each case is determined separately and uniquely.  There are always exceptions to the rule and there have been many student loan debts discharged without having been in an ICRP first.  But be forewarned; those cases are few and far between.